Public forum for topics that don't fit into the other categories.
Post Reply
26 posts

We had one elderly gentleman get up at about one minute before the hour was up to bear his testimony for nearly seven minutes about how the changes were wonderful and we need to adjust to them and God is in his heaven, etc. etc. etc. It was nearly 10 minutes after hour by the time we finished. My wife and I both commented that it felt like "business as usual". However, our Sunday School was very well attended. I'm not sure if it was because there was less motivation for loitering in the halls (which many of our members do) or if it was curiosity over what Sunday School would be like under the new program. Time alone will tell.
So through the dusk of dead, blank-legended And unremunerative years we search to get where life begins, and still we groan because we do not find the living spark where no spark ever was; and thus we die, still searching, like poor old astronomers who totter off to bed and go to sleep, to dream of untriangulated stars.
---Edwin Arlington Robinson---
Top

We ended up with a few logistical issues. One that might be common in many wards and one that I'm sure is uncommon.

1) There were more people in SS than what we're used to seeing, lots more. Now that other SS classes like gospel essentials and the like have gone away that means there's one class for adults. The only room large enough to accommodate everyone was the chapel which led to our second logistical issue.

2) We have another ward that holds SM right after our ward... right after with no gap. It's a unique situation, the youth from their ward is combined with the youth from our ward, we hold our SM first in our block, they hold their SM last in their block, and our non-SM hours overlap so the youth can be together. Our SS ran a little late so we had a chapel full of people trying to get out and a chapel full of people trying to get in. I'm sure the other ward's SM started a good 15 minutes late.

It's a tricky situation for our building. I have no idea what room the other unit used for their SS but I bet it was cramped. And their church ends up being over 2 hours just because of the transition time that they need to get from their SS to their SM.

Just logistics. If anyone asks I'd float the idea of the other ward holding their SS in the chapel so that there's less of an impact for them starting their meeting on time.

I posted this at the same time as Gerald, but it looks like we had similar experiences. One minute before SM was up someone got up and gave a very long testimony which ended up putting us 10 minutes over, otherwise we would have ended on time.
Cure sometimes, treat often, comfort always.
— Hippocrates
Top

I wound up tuning out most of the testimony meeting, actually and worrying about life stuff.

Our branch president announced that the "Overflow Sunday School Class" was no longer in session, which was funny.

Our Gospel Doctrine teacher was overwhelmed by so many people (we went to 20-30 from 4-8).

Since the lesson was on "The Wonders of the New Come Follow Me Program/Theoretical best practices for the new program/How Studying using the New Program is Blessing My Life", I was not impressed. For me, the bigger part of it was she spent a good 20 minutes on how wonderful it is, and another 10-15 minutes on how to set the best family goals for New Years for the new program.

BUT, my husband put together a lesson for after church, and my daughter seemed to get something from it.
Top 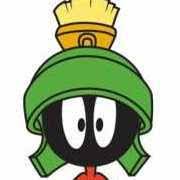 I think for most people in my ward the 2 hour block was a raging success. Because of the youth ordination and advancement decree, my two hour block was actually seven hours long (I can't complain, really, for the bishop his block was probably 10-11 hours long by the time it was all over).

Our sacrament meeting actually ended 1 minute early. No announcements (except for the YM advancements). Even the normal testimony bingo people were restrained and brief. Very little mention in testimonies about revelation and church changes. That was refreshing. I don't know how our SS class hour went, since I was in my special needs class. People who are late to church now will very likely miss the sacrament. My BP has had several discussions about this.

It did seem like it took a long time for the church to clear out after church was over. Part of that was due to the ordinations occurring right after church, but it also could have been due to many people losing the middle hour social hour. I know my DW has complained about that. She said to me "when am I supposed to talk to all of my friends?"
"Moderation in all things, especially moderation." - Ralph Waldo Emerson

Wonderful. I got sleep in and still be home for lunch at a decent hour. I believe this may work to attract new members and keep people in church. One less hour for members of the church to interact with each other, except for the brother in my ward that had an extra hour on Sunday to tick me off on Facebook with his bigoted pro Trump posts. Perhaps that brother should have to endure a third hour. Lol.
"Ignorance, fear, and conflict are the basic elements of everyday consciousness" Marvin Harris -- Cows, Pigs, Wars, and Witches.
Top

I got sleep in and still be home for lunch at a decent hour. I believe this may work to attract new members and keep people in church.

I agree. I always feel sorry for the investigators who probably haven't attended any church in ages, then GET to sit through 3 hours of ours.

I do feel super sorry for the wards in my Stake that have 2-4 pm slots. That just stinks. 1-4 was bad enough, but what do you do until 2 pm? 2 is my nap time.
"I stayed because it was God and Jesus Christ that I wanted to follow and be like, not individual human beings." Chieko Okazaki Dialogue interview

Gerald wrote: ↑
07 Jan 2019, 05:58
However, our Sunday School was very well attended. I'm not sure if it was because there was less motivation for loitering in the halls (which many of our members do) ...

I miss my foyer class

lol
It was one of my only downtime social outlets.

We also meet with another ward in the same building, so we started an hour and a half later than normal, slept in and still out by about lunch.

After a while, we'll get used to two hour church and the experience of community, the doctrine, the spirituality will take over again as the primary driver of church attending happiness.

It's human nature to start taking things for granted. I am still really surprised that they did this. The only reasons I can think of are a) making the most of our buildings so you can have as many as four Wards in the building at any time, or maybe even more b) making the LDS experience easier for young families and people in general and c) maybe it really is the last days and more responsibility for learning and teaching is being placed on individuals and families. I tend to think this is the order of operations.

My wife and I both felt the day seemed a lot longer since the two hour church started. My plan is to show up in time for the final speaker each week. This will make it 1.5 hour church or so. The final speaker is usually usually better than the other speakers.

Now if I could show up at church in fitness clothing it would be Utopia!
"It doesn't have to be about the Church (church) all the time!" -- SD

I honestly wonder how long this current iteration of the two hour block will last. Alternating weeks of SS and EQ/RS/YM/YW seems like an odd compromise. Our current YW president has told DW and I that she is very concerned about the lack of face time she will get with the girls now. Many are so busy they do not attend the mid-week activities. Now the Sunday face time has been cut in half. I wouldn't be surprised to see SS get incorporated into the curriculum of the other classes. The current alternating week format seems "clunky."

I know its not related to the two hour block, but the other interesting change with the youth advancements now is just how large the Priest Quorum and Laurel classes are now. In my ward each of those are easily as big as the two younger groups combined.
"Moderation in all things, especially moderation." - Ralph Waldo Emerson

I honestly wonder how long this current iteration of the two hour block will last. Alternating weeks of SS and EQ/RS/YM/YW seems like an odd compromise.

Since I know this idea of "home church" has been in discussion for 38 years, I wonder if this was the best compromise that could be found at the moment. If the home study plan works will they phase out the SS portion.

It took a good 2 years for the block program and it's details to get settled in. I hope the church will adjust.

Most of us here aren't big SS people, but for a certain population SS is traditionally part of church. Most Christian faiths still have SS. If we were to totally abandon it would there be a conflict for people who find that tradition part of their worship? - Just thinking out loud.
"I stayed because it was God and Jesus Christ that I wanted to follow and be like, not individual human beings." Chieko Okazaki Dialogue interview

"I am coming to envision a new persona for the Church as humble followers of Jesus Christ....Joseph and his early followers came forth with lots of triumphalist rhetoric, but I think we need a new voice, one of humility, friendship and service. We should teach people to believe in God because it will soften their hearts and make them more willing to serve." - Richard Bushman
Top
Post Reply
26 posts