Are you asking "what's the difference between Snuffer and Palmer"? I'm not clear exactly what your question is.
Top 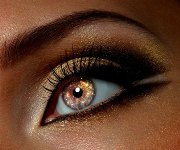 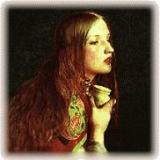 Lately, I've been considering the three stage process of katharsis-theoria-theosis in Eastern Orthodoxy as a parallel to the LDS three stage process of telestial-terrestrial-celestial development through which we must pass before unification with God.
Her sins, which are many, are forgiven; for she loved much: but to whom little is forgiven, the same loveth little. ~ Luke 7:47
Top

mormonheretic wrote:Are you asking "what's the difference between Snuffer and Palmer"? I'm not clear exactly what your question is.

What I'm saying is that Grant Palmer (along with many others of course) conveys the message that the foundation that the church is built upon, ie its claims to divine authority, are full of obvious holes. So, if one believes that, and continues on in that line of thought, the church seems like a superficial organization because of what happened in the past.

However, there seems to be another way of looking at the church, that there was a form of pure mormonism that existed during Joseph Smith's time, before the church became too organized, or began collecting monetary tithes, where freedom of worship and community were embraced. There were no policies, it was a happy time

But the church has since gone into a sort of apostasy, where it serves mammon, embraces policy, and worships its leaders. If you accept this line of thought, you will be disgusted with the church because of what is going on in the present.

I like this idea of pure mormonism. I have been discovering much of it on the blog "pure mormonism" which is a great blog in its own right. A lot of it turns the teachings the church embraces now on their heads and points to the original intent of the teachings. However, taken to it's extreme, it basically requires one to believe that JS never practiced polygamy. Which I would love to believe, but which is total bs. I think this line of thought came from Denver Snuffer, who is talked about quite a bit on the Pure Mormonism blog. For a while I was loving what I was reading, it put me in a happy place with the gospel. So I was just wondering if anyone had thought of these two views of mormonism as being mutually exclusive. It's like the church can't possibly do right.

It seems schizophrenic to argue that JS was a fallen prophet, or no prophet at all to make one point, and then to argue that the current leaders have strayed too far from JS's teachings to make another.
Happiness (n.) The state of being in compliance with Mormon norms, regardless of one’s actual resulting emotional state

Curtis wrote:There is an older thread here about Denver Snuffer. The consensus here is not positive or supportive of him, frankly.

If you want to comment on that thread and bump it up for more discussion, go ahead.

Thanks Curtis, I just read through that post. I admit I wasn't up on my Denver Snuffer knowledge, but what you said about the history having to be severely distorted to support what he teaches was spot on. Some of the interpretations used to justify the teachings being presented required more knowledge about the history than can possibly be gleaned from the reported texts and verses used.
Happiness (n.) The state of being in compliance with Mormon norms, regardless of one’s actual resulting emotional state

One more thing, and don't take this as a criticism of you in any way. I don't mean it to be - but it's something that most people don't stop and consider carefully.

The desire for a better time is universal and omnipresent throughout history, no matter the conditions in which people lived. Yearning for something better is hard-wired into the human psyche. However, in this case, anyone who yearns for the pure, golden days of early Mormonism didn't have to live in it. The grass is always greener and all that jazz. Personally, no thanks.

Anyone who preaches a return to the pure, golden days of early Mormonism is taking advantage of naivete and unhappiness by airbrushing history in the exact same way that they charge (with valid reason) the church leadership has done over the years.
I see through my glass, darkly - as I play my saxophone in harmony with the other instruments in God's orchestra. (h/t Elder Joseph Wirthlin)

Curtis' warning about the nostalgia for the past is really important to remember.

I was just reading this post on BCC today about some of the documents being examined by the Joseph Smith Papers Project, and it is really fascinating to see just how hard it is to figure out what one is looking at. I often feel that way when I think about the church under JS vs. now. No wonder church leaders aren't totally sure how to deal with the past. They are still sifting through it (or getting simplified updates from the scholars who are doing the heavy lifting). Here's the post: http://bycommonconsent.com/2014/02/20/a ... th-papers/
Top

I see what you are saying, but I'm not sure I quite agree with a few things. It sounds like you have been highly influenced by Rock Waterman's "Pure Mormonism" blog. I like Rock, but he loses me with this idea that Joseph never practiced polygamy. As you said, it's just not true, and Denver Snuffer doesn't support Rock's interpretation. I did a post on Denver's interpretation of polygamy. In short, Denver believes that Joseph was commanded to practice it, but Brigham Young misinterpreted D&C 132. See http://www.wheatandtares.org/12877/snuf ... -polygamy/

As to your point about Palmer's position vs Waterman's position (what you said isn't quite Snuffer), well I don't view them as mutually exclusive. Frankly, there are things that cause me to question some of the foundations of Mormonism. If you read John Hamer's book "Scattering of the Saints" you can see that various branches of Mormonism broke off even while Joseph was alive. For example, the Whitmers never accepted Joseph's claim of priesthood authority via John the Baptist and Peter/James/John. The started their own church that still believed in the Book of Mormon, but they had big problems with the priesthood authority introduced in 1833-4. THey wanted original 1830 Mormonism. Of course, the RLDS Church had issues with Nauvoo-era theology (especially baptism for dead and temple endowments), so they live pre-1840 theology. It's quite easy for me to see why some question foundational claims.

Both Waterman and Snuffer claim that Mormonism has changed over the years. That's not at all hard to document. It has changed. Snuffer says that the 1890 Manifesto was a monumental change, and certainly it was. Of course, this is the reason fundamentalists have broken off. So that's not a hard proposition at all.

I don't think these 2 positions are mutually exclusive at all. I can easily support both positions.
Top

I'm intrigued by the back-and-forth regarding polygamy.

The thing that intrigues me the most is that it seems virtually impossible to arrive at a definite conclusion either way regarding to origins of polygamy.

My problem with ascribing polygamy to Joseph Smith is that it is 100% reliant on secondary sources.

Any primary sources we have about polygamy and Joseph Smith don't pass the *sniff* test to me. There is very strong evidence that the history of the church was doctored after the saints arrived in Utah. There is strong evidence that there was a faction of the church that wanted to put pressure on Joseph to implement the practice. Therefore, it's hard for me to trust those primary sources.

So, we have to rely on secondary sources, which is always problematic for coming to conclusions about historical issues.

I don't find the evidence overwhelming as it pertains to Joseph Smith implementing and practicing polygamy. I find, instead, overwhelming evidence that he condemned the practice with the utmost vehemence even until his dying day. It seems very odd to me that Joseph would choose to introduce and implement so many new and unusual doctrines openly, and yet keep polygamy secret until his dying day. In fact, it would seem that his passion for defending himself against the charges was his ultimate undoing (ie, Nauvoo Expositor).

The storyline that Brigham Young and other apostles implemented secret polygamy before Joseph's death, then openly practiced it after, and doctored the history of the church in order to pin it on Joseph, seems plausible to me. Not an argument without holes, but plausible.

Either way, it's all very mind-boggling, but with very real implications for how you view church history and even the modern church.
Top

jhp33 wrote:I don't find the evidence overwhelming as it pertains to Joseph Smith implementing and practicing polygamy. I find, instead, overwhelming evidence that he condemned the practice with the utmost vehemence even until his dying day.

Simply off the top of my head I recall multiple witnesses not all friendly to Brigham Young's leadership also verified Joseph's polygamy. The earliest being Oliver Cowdery, and it seems most of those who lost faith in Joseph at Kirtland. William Law, participating in the Nauvoo Expositor and I also believe gave additional testimony to it years later. William Marks also claimed Joseph did practice polygamy, and it would have been in his interest to proclaim the "true gospel" as he believed it should be (he never agreed with polygamy) as taught by Joseph was free of the practice.

Doesn't even the Community of Christ today admit that Joseph did practice polygamy? There are so many personal witnesses of people that were in fact close to Joseph during his life time that to me the evidence is overwhelming.
My avatar - both physical and spiritual.

I first found faith, and thought I had all truth. I then discovered doubt, and claimed a more accurate truth. Now I’ve greeted paradox and a deeper truth than I have ever known.
Top
Post Reply
31 posts