I've been a little negative lately, so I thought we could do a thread on the positives of this document, which outlines missionary requirements for prospective missionaries in this stake in Utah. I'll start:
Women allowed to get Eagle Scouts
Emphasis on mental health

Sent from my iPhone using Tapatalk

by nibbler
Keep in mind, the thread title says "for laughs" 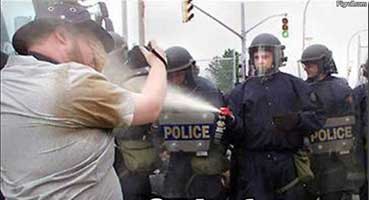 Go serve a mission for some other church.

And apparently their stake will be stocking the field with attractive missionaries, so that's a plus.


In all seriousness. Do. Not. Like. "If thou lovest me" is being used in the wrong context (imo). People can serve the lord in other ways that aren't serving a mission. That line felt like a guilt trip.

In their zeal to raise the bar they may be setting people up for the aforementioned mental/emotional problems... for the people that end up serving a mission and the people that do not.

Besides, I've got to think that if I were a young man that was on the fence about serving then this list might have pushed me firmly into the "no thanks" category. Some of those hoops can be tough for people to jump through, people that would be excellent missionaries.

by Roadrunner
I loved the warrior missionary comment at the top. Although I have to say that I hope they give our missionaries AR-15 style automatic weapons because AK-47 weapons just look mean, and let's face it a certain religion starting with an "I" uses AK-47s. Maybe the Sisters can have a softer side and simply carry an elegant dagger. Maybe the name tags can have military titles too instead of the boring Elder or Sister.

I also like the effort to weed out missionaries by subjecting them to 2 years of Preach My Gospel training before they even submit their application. That will definitely increase the quality of missionaries.

If i were stake president, my requirements would be:
* Must be able to carry a normal conversation about anything non-church, scouting, or video game related for a minimum of 10 minutes without me wanting to punch you in the face.
* Must have kissed at least 2 people of the opposite sex.
* Must be able to answer the question "would you rather grow a fu manchu or have a tatoo of a mermaid on your bicep" and give a logical reason why.
* Some college level education strongly encouraged.

by DarkJedi
As the father of three sons (one on a mission, one preparing, and one in high school) I can't even begin to imagine the battles I would have were I to try to get them to go to two years of weekly mission prep classes.


I came down with pornography once, it laid me up for weeks but fortunately I beat it off.

by hawkgrrrl
Awesome sauce. Srsly, I totally want to do a snarky post on this, which I will do because it's so easy to write. I would replace the first guideline with "No fatties." Which is honestly what a lot of 70 have traditionally preached to spinsters. This set of guidelines certainly applies there also.

hawkgrrrl wrote:Awesome sauce. Srsly, I totally want to do a snarky post on this, which I will do because it's so easy to write. I would replace the first guideline with "No fatties." Which is honestly what a lot of 70 have traditionally preached to spinsters. This set of guidelines certainly applies there also.

Dang, that means all those "sweet spirits" who used to have to wait until 21 won't be going at all.

by Roy
To be fair I think they may be setting these new standards for "warrior missionaries" and not for all prospective missionaries. It may be a motivational ploy - to create a level of missionary that is super exclusive. Give the over-achievers something to shoot for.

In my mission the AP's gave a lesson on how the top 10% of missionaries behave. Then they taught about the power of making goal oriented covenants with God. Then they asked all of us to sign a paper saying that we were covenanting to be the top 10%. I left without signing. Then I realized that I had left my gloves and had to go back. The AP's cornered me and asked me why I hadn't signed the covenant/pledge sheet. I explained to them that if all the mission pledges to become like the top 10% then I foresee a lot of broken covenants around the corner. I did not want to toy with my covenants in this manner.

They told me that they needed/wanted to present this paper back to the MP with the entire mission's signatures and that I could sign but not make a covenant with God. This I did to get them off of my back.

So at least in my case the leadership (AP's) were attempting to motivate and inspire the troops while looking good to their superiors at the same time.

I can only speculate that something similar might be happening in Bloomington.

Roy wrote:I explained to them that if all the mission pledges to become like the top 10% then I foresee a lot of broken covenants around the corner.

You could have gotten out of it by claiming you already were in the top 10% and you didn't want to set a goal that was beneath you.

Roy wrote:To be fair I think they may be setting these new standards for "warrior missionaries" and not for all prospective missionaries. It may be a motivational ploy - to create a level of missionary that is super exclusive. Give the over-achievers something to shoot for...

It's very possible you're right about this. My thought was that some zealous high councilman presented this during stake PEC meeting and nobody wanted to slow it down so it gained some momentum and is now the mission prep program for that stake.

My stake implemented something similar to your APs several years ago and it completely backfired. They encouraged all priests sign a document and promise that they would earn their eagle scout, Duty to God, and serve a mission. Once you earned the eagle and DtG the stake gave you a really cool sword. The joke became that if you signed the document then you wouldn't serve a mission. Only about 30% of those who signed served a mission and the program ended.

I feel this stake's program is completely misguided. Generally speaking, the most successful missionaries on my misson were the ones who fooled around and had long hair, knew how to party it up, etc. My mission president even acknowledged that in zone conferences, that the APs were not the most obedient pre-mission young men. His point was that successful missionaries related to a broad range of people.
All times are UTC-07:00
Page 1 of 2
Powered by phpBB® Forum Software © phpBB Limited
https://www.phpbb.com/