Training for Leaders on Faith Crisis

Public forum for topics that don't fit into the other categories.
Post Reply
99 posts

Ray Degraw wrote:Let them be angry - but don't do anything to encourage continued anger - and do everything possible to soothe the anger - and don't seem condescending to those who are angry - but don't appear unfeeling either - and make our history accessible in all its messiness - but don't apologize for everything, since many things need understanding not apologies - but apologize for those things that really were beyond the pail with no reasonable excuse - and distinguish between those things clearly enough for people to realize you aren't trying to justify or hide but sincerely trying to strike the right balance - etc., etc., etc.

I don't mean that to be snarky, but I do mean to make a point that is important to me:

This is not an easy task, and we each can make it much harder by demanding detailed actions that are exactly what each of us would love to see - and demanding that they happen all at once - and not seeing or respecting what is being done.

My own request is quite simple:

Recognize what has caused and is causing pain and try to act in a way that lessens and/or eliminates that pain.

Frankly, I see that happening at the topmost level recently on a regular basis and in multiple ways. Yes, there are plenty of areas that remain to be addressed, but our part of the request is patience in allowing those areas to be addressed in good time - to recognize and accept the current sincere efforts and extend the attitude we request.

Unfortunately, it will take time for the water to get to the end of all the local rows - and that is the most painful aspect for many people.

Ray, thank you for your input. It is getting harder and harder to come up with these talks every month. I am thinking about asking for a release but I hate to quite and if I give up the cause because it would seem like the Pharisees and Sadducees would win.
Top

Fwiw, I have no problem giving talks in church because I focus on what I see as core Gospel principles and refuse to deliver someone else's talk. Every topic imaginable (and I mean that completely) can be presented in light of a core Gospel principle and can be presented in a charitable, gentle, meek, etc. manner. It's harder than the template approach, but it's more rewarding to the presenter and the hearers.

I'm not saying all talks have to walk the razor's edge I just described - not at all. I don't try to do that. I just try to preach what I see as pure Mormonism. If I were to be released at some point because of that, so be it - but when someone asks me to do something, they get ME. Period. I don't anticipate being released because of it - frankly, because most people need to hear that type of message to balance out the more formulaic, "easy answer" messages they hear and, therefore, appreciate that type of message.

It's not just possible, imo. It's important - and I can be totally true to myself and my beliefs and never once give a talk that crosses any lines that would get me censured in any way. After all, I'm preaching the Gospel - and that is one of the core missions of the Church. I'm sure there have been times when someone listening to a talk I've given hasn't liked everything I've said, but the official reactions I've gotten have been overwhelmingly positive - and that might be an understatement.
I see through my glass, darkly - as I play my saxophone in harmony with the other instruments in God's orchestra. (h/t Elder Joseph Wirthlin) 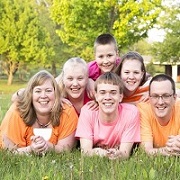 This training is Wednesday night this week......

My heart is with you and I am anxious for the update!
"It is not so much the pain and suffering of life which crushes the individual as it is its meaninglessness and hopelessness." C. A. Elwood

Good luck. I will pray for you. I wish you could talk to the stake leaders in my stake in Illinois. The only active person in my stake that has somewhat of an idea of what people who go through a faith crisis go through is Kevin Kloosterman.
Top

Done - and more.
I see through my glass, darkly - as I play my saxophone in harmony with the other instruments in God's orchestra. (h/t Elder Joseph Wirthlin)

I LOVE this thread. I am currently a member of our Ward Council and hope for the day this is a presentation for all wards. We live in Cwalds home area and it would do so mudh good to have this addressed by SL.Positive thoughts and gratitude for your efforts DB. Hope it all goes well.
Not one Sparrow is forgotten
E'en the raven God will feed
And the lily of the valley
From His bounty hath its need

Then shall I not trust Thee, Father
In Thy mercy have a share?
And through faith and prayer, my Mother
Merit Thy protecting care?
Shaker Hymnal 1908
Top

Training for Leaders on Faith Crisis

Good luck. Let us know how it goes. I guess Elder Holland's recent talk might be useful content.
My Blog, Many other hands
Top

I am at the stake now.... beginning to get nervous.... show starts in about an hour. Thank you all for your kind words. I will let you know tomorrow how it went.
DB
reelmormon@gmail.com
http://mormondiscussionpodcast.org
https://www.facebook.com/Mormondiscussion
http://www.fairblog.org/2012/12/12/keep ... eel-story/
"His Grace is Sufficient" It truly Is!
Top
Post Reply
99 posts