Public forum for topics that don't fit into the other categories.
Post Reply
15 posts

Our problem in this ward is that we have a lot of people, but not many willing to do stuff. If people pitched in once or twice a year, it would get most of it done, but the same handful of people are called upon, or there aren't enough volunteers at all.
DASH1730 "An Area Authority...[was] asked...who...would go to the Telestial kingdom. His answer: "murderers, adulterers and a lot of surprised Mormons!"'
1ST PRES 1978 "[LDS] believe...there is truth in many religions and philosophies...good and great religious leaders... have raised the spiritual, moral, and ethical awareness of their people. When we speak of The [LDS] as the only true church...it is...authorized to administer the ordinances...by Jesus Christ... we do not mean... it is the only teacher of truth."
Top

As some of you may know, I had a very bad experience with my new Bishop and trying to get help unloading our Uhaul in this new ward a couple of months ago. I am the only active member in my family and my husband has prostate cancer and stents for his heart and we really did need the help. I understand the idea of people abusing others and that callings and service can become too much for all of us at times. When my husband was active, he gave heart and soul. He was EQ Pres, High Priest Group leadere, and was in the high council. He was kept so busy that he ended up neglecting me and our children. I blame most of that on him though because he used work and callings to avoid intimacy and problems in the family. My children and myself ended up becoming resentful towards him and the church because of it. I did alot of members hair over the years and met alot of very lonely wives who found it difficult with their husbands being gone all the time.

I am glad your helping these people move turned out to be a good thing as I do believe service projects and helping new members move in is a way of getting to know each other and developing Christ-like love. I do think it is important not to assume the worst of people wanting help until you get more facts otherwise the situation that happened with me could happen to others. I have met members who demanded and expected alot of freebees and gave nothing back. At this time in my life it was kind of the straw that broke the camels back because I had already felt like I was a misfit and outcast for having some doubts and questions about the church. When this other Christian church I called sent over 8 men who so lovingly helped us unload our Uhaul no questions asked, my husband and I saw that it was all done with Christ like love. And this is the one big thing I have found missing in the church at times. When you have a personal relationship with Christ as I am seeing in people of these other churches, helping becomes a loving thing. When my husband was active he got so upset with all the complaints about home teaching and visiting teaching and people not wanting to help clean up after ward parties. He is a humantarian at heart even though he does not have a testimony. So, what is it that is missing? Are Mormons just burned out because their are so many demands made on them?
Top

So, what is it that is missing? Are Mormons just burned out because their are so many demands made on them?

I think that's it -- that's how I felt about going moving the other day. I'd moved scores of people in my lifetime. It's like moving is a sacred trust, and everyone feels entitled to it. So, I resent it.

Also, when you're active, you get called on to do everything all the time. And if you're an active leader, you know pretty quickly who is willing and who isn't. You have needs for the Ward, and demands from the Stake, and its frustrating when you have to do so much all yourself just to get it done.

And that non-LDS church that helped you move -- I have to wonder -- how many times had they helped people move in the last year? Is it someting that's expected and something they do OVER AND OVER AND OVERA AGAIN? For them it might've been a new experience.

As I said in my OP, when I stop thinking of myself as someone who is locked into the systemized ways we do service in the Church (moving, setting up and taking down chairs, Bishop's storehouse) and just find my own way of doing service, I feel like I WANT to do it willinglly.

As far as your husband's active service goes -- I hear you on that. I've seen people give faithfully their whole life and then they move into a Ward that doesn't know them. They can be perceived as "net takers" because they happen to be in a phase of life where they can't serve like they used to. And it can be perceived as a burden on the Ward who hasn't had/seen the benefit of the person's service.

SilentDawning wrote:I suffered throught the move today, but was glad I did it in the end. Apparently the family we moved was undergoing some bad stuff -- elderly, husband in the hospital, and the home teacher was an ever-so-supportive and good-hearted man who supported me to the hilt when I was a priesthood leader. He genuinely cared about the family and did all he could to make the move successful for them.

This was one time I felt like I was more than just a substitute for a paid moving company. The people really needed the help, and i also got to build a relationship with a famly that had offended me some time ago.....healing waters.

I'm so glad you shared this, SD. I needed to read this today. Thanks!

I think this is what church is for, really helping people, even when we'd rather get a tooth pulled than go and help out. Many times we don't see whether it was really needed or not...but you were able to come away knowing you did some good in the world.

That is really inspiring to me. Sometimes service is abused and doesn't work out the way it should. Sometimes even systemized or mechanized service is still ... service. Something for me to remember. Thanks.
Luke: "Why didn't you tell me? You told me Vader betrayed and murdered my father."
Obi-Wan: "Your father... was seduced by the dark side of the Force. He ceased to be Anakin Skywalker and became Darth Vader. When that happened, the good man who was your father was destroyed. So what I told you was true... from a certain point of view."
Luke: "A certain point of view?"
Obi-Wan: "Luke, you're going to find that many of the truths we cling to...depend greatly on our point of view."
Top 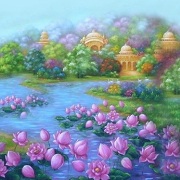 Your post really struck a chord with me, as the community I was recently involved in (for the past two years) required full time, 24/7 selfless service with NO personal choice at all. Since total self-denial and selfless love has been my goal in life for decades, I felt certain that this environment would be most effective in helping me to overcome that reluctance to pour out my life in service to others. From the moment I got up until late at night, I was required to serve others regardless of whether or not I felt moved to do so. I went to bed with a clean conscience every single night for two years because for the most part, nothing I did was self-motivated. I had to die to my personal preferences and "cut off" all selfish desires and interests in order to wholeheartedly serve in this radical way. I truly thought I was living the way Christ called his disciples to live.

Anyway, what I found was that even after two years of this kind of 'enforced' serving, I still experienced resistance within myself that no amount of prayer would dissolve (though prayer was extremely powerful in helping me through the most difficult times). There were times when I had to literally cook and clean for 100 people morning, noon and night with only one other woman to help me (7 hours doing dishes, etc.), and I would beat myself up for being so unwilling......but I would confess my reluctance and be forgiven, so I felt like God was pleased with me despite my lack of wholehearted, selfless service to my brothers and sisters.

The conclusion I came to was that it is normal and human to have personal preferences, desires, needs and interests -- which means that the reluctance you spoke of never fully goes away. For me, being open and honest about my unwillingness to serve was the most important thing, and still is. Confession is very cathartic and healing. At the very least, it increases the depth of love and intimacy between people (though this does not apply to relationships with people who are not striving for self-improvement or who are not on the same wavelength - I've tried 'confessing' my inner workings with unspritual types, and they look at me like I have two heads).

I spent a lot of my life seeking the best means to achieve Christlike selflessness, and while I definitely think that it is possible to progress in this direction, I'm trying not to beat myself up for my failure to live up to this high ideal.
Top
Post Reply
15 posts