Public forum, tell us about yourself and what brings you to StayLDS!
Post Reply
22 posts 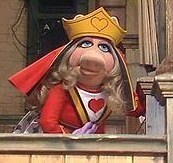 Hi everyone! I'm a long time lurker but I think I have found my place here, finally. I was BIC, although my parents are a couple of misfit intellectuals from whom I learned much of the historical and doctrinal problems of the church. They have, for the most part, been TBM for my entire life, but I have come to see that they have been on the fringes with their own cafeteria style. I am my parent's daughter. A born questioner. Usually faithful with a really difficult time being TBM. There has always been a degree of cog dis where church has been concerned. I have always believed, though, that the gospel as it is taught in the LDS church is the best for me, but could never really believe that it is for everyone or that I am any better than a "gentile".

I decided to serve a mission kind of disingenuously. As a girl, I never really understood why boys seemed to be better than girls or why they had certain privileges. When my college freshman year boyfriend got his mission call I decided that I was going. I had an extremely spiritual answer to my prayer regarding a mission and had no question that the Lord wanted me to go. My bishop thought I should get married instead of the mission. I disagreed but was fortunate that he finally signed my papers so I could send them in. I served in the Italy Milan mission and it was the most incredible learning experience of my life. I did not learn how to get people to join the church but learned instead about the pure love of Christ and that my job was not to convert but to truly love people. I was an unconventional missionary as were many of my companions. I think my mission president and many of the elders who served with me had that same understanding. I am sure I would not have been able to complete a mission where I was constrained by numbers of discussions and baptisms. During my mission I discovered FARMS and apoligetics. While I think I found some answers to my concerns from apoligetics, I often discovered more questions without answers.

In the years since my mission I married DH, who is also a questioner and an unconventional mormon, although to a lesser extent than I. I have been told by a bishop that I am a bad influence on the YW because I have worked outside the home while I had small children. I have been alternately ostracized and consulted by both women and men in the church because of my profession. I believe myself to be a true feminist in that I believe men and women should have equality. As I live and have lived in the Mormon Corridor my entire life I am considered a rabid liberal by my neighboring TBMs but I think I am pretty moderate politically. A few years ago I decided I had had enough. I began seriously studying the history and the doctrine in an attempt to find the real "Truth" which I could not see in the church. Everything I found made me angry and surly. I came here by way of NOM, which is a great resource for those at a certain point. I was really angry for a long time and NOM was a place for me to vent without becoming completely bitter. A few months back, right before I had to give my introductory talk in our new ward, I came across StayLDS and Fowler's Stages of Faith by way of the NOM board and I had an epiphany. Strangely, my talk was on faith. I finally began to understand what I had been feeling and could begin to work through my stage 4 bitterness and begin to see a light at the end of the tunnel. I am still angered by some things in the church, but I think I am beginning to see that it is not the church that will save me but my ability to love one another and my God.

Thanks for reading this. I expect to learn a lot from all of you, my travelling companions in this journey to understanding.
Top

Welcome, Ella! You appear to be in a better place then many are when they first find StayLDS, since you are moving out of the anger phase. I hope you are able to find good fellowship here.
What I believe.
Top

Welcome, ella! I imagine that you will find much in the way of help/strength/insight here as you participate. It's been truly wonderful for me.
Perfectionism hasn't served me. I think I am done with it. -Poppyseed
Top

I loved reading about your life journey. Welcome to our community. In spite of the trouble you are experiencing, which we all know, I see such a great experience for you so far. You seem way ahead of the curve with your long-standing views of compassion and love.
"It's strange to be here. The mystery never leaves you alone." -John O'Donohue, Anam Cara, speaking of experiencing life.
Top

Thank you Ella, that was a wonderful introduction and so many of us can agree and feel with you in your situation. We aren't perfect but we try to be honest, open, thoughtful and compassionate, you know the chairty thing. I guess the important thing for me and I suspect for you is that there is a community here that will actually, rationally, discuss issues in the Church, its history, doctrine, cultural practices etc. without condemnation or shock or dislike. Most of us are like you in stage 4 hoping to make it to stage 5. Welcome
All true artists, whether they know it or not, create from a place of no-mind, from inner stillness.
Ernest Ludwig Kirchner
Top

I love sister missionaries and would have loved to have been one of your companions. We would have had a blast together because I think alot like you. I served a mission in Austria and like you, I was not a conventional missionary or I would have never survived a European mission. Have you seen the movie, "Errand of Angels" yet? It is about two sister missionaries in Austria and the ups and downs of a mission with alot of humor and heart. Here is the link on it:

I left the church for awhile after my mission and have gone through alot of questioning in my life too. My parents were converts and real thinkers as well. Have you heard about Elizabeth Smart (the girl kidnapped 7 years ago in Utah). She was just called on a mission to France and is 21 now. Going through these conflicts does take alot out of you, but I have renewed faith since I was led to this sight. It is refreshing to not feel like you are just a rebllious troblemaker because you ask sincere questions. Ask anyway here!
Top

Welcome. I'm glad you you have found us.
I see through my glass, darkly - as I play my saxophone in harmony with the other instruments in God's orchestra. (h/t Elder Joseph Wirthlin)

Thanks for sharing your background. I look forward to reading more of your opinions and personal experiences.

Just curious...your intro subject line was "I'm tired" ... anything specific that makes you tired? Is is the church or anything else?

Glad you're here. Welcome?
Luke: "Why didn't you tell me? You told me Vader betrayed and murdered my father."
Obi-Wan: "Your father... was seduced by the dark side of the Force. He ceased to be Anakin Skywalker and became Darth Vader. When that happened, the good man who was your father was destroyed. So what I told you was true... from a certain point of view."
Luke: "A certain point of view?"
Obi-Wan: "Luke, you're going to find that many of the truths we cling to...depend greatly on our point of view."
Top

I'm tired because it has been a long, arduous journey that is still not over. I feel like I have spent my whole life trying to fit myself into a mold that is just too small. That and I have 3 kidlets who have been sick for the past week

. But seriously, I am tired of so many things. The 3 hour block, being the only person in the GD class who knows anything about history, learning about following the prophet and not following Christ, the very small sphere of influence for women, scouts ( I have 2 boys and I disagree vehemently with BSA being affiliated with the church), etc. The funny thing to me is that I am so tired of church stuff but I can't get enough of the history and doctrinal discussions. Perhaps it is so ingrained as a part of me that I can't disentangle myself so I must talk about and study it. *sigh*

I so appreciate my incredible and unconventional mission companions. I have a friend who is an RM from a Brazilian mission. He is so numbers centered even now where I have a completely different take on things. He was shocked when I told him that I saw very few baptisms in my companionship for the entire mission. He was so proud of his hundreds and looked down on me for my experience, telling me I was unfaithful. Fortunately I know different and I am grateful for the love I learned.
Top

Welcome to the site, Ella! I'm glad you are here. I too expect equality for men and women, and I have been fortunate to not encounter too much of what you are describing in your post in terms of being ostracized for being a mother with a successful career. It does seem that some individuals can stomach a working woman more than they can handle one who is successful and committed to a career, but that makes it clear that envy and spite are involved. After all, I have to do what works for me and my family without regard to people who are at most peripheral to my life. I like to think of myself as a post-feminist. We are already inherently equal, so if I encounter some person who is a relic of a bygone era (and I have encountered plenty of these types), I treat them as the quaint antiquity they are.
Top
Post Reply
22 posts