Race and The Priesthood

So now the proper reference for that conversation and account is Rise of Modern Mormonism.
My avatar - both physical and spiritual.

I first found faith, and thought I had all truth. I then discovered doubt, and claimed a more accurate truth. Now I’ve greeted paradox and a deeper truth than I have ever known.
Top

Thanks, Orson!
My Story
Top

In a discussion about post-humos apologies I said:

If a man has an affair but never admits to it and it's discovered after he dies, can his grandchildren issue an apology on his behalf? Not really but they could still express sadness and regret for, or condemnation of, what he did.

For me, I would welcome an apology of sorts and I appreciated the article calling for one. The living leadership can't really apologise for the mistakes of dead leaders but they can express regret that it happened.

I know organisations and politicians who apologise on behalf of predecessors sometimes. In UK our prime minister apologised recently for the UK's involvement in the slave trade. What's really being said is we regret that it happened and wish that it hadn't. I would welcome that type of apology from our living leaders.

Personally I think this process is a bit tactical. The church is a huge ocean liner that can only change course by small degrees. It can't do sudden u-turns. The jolt would tip too many people over-board. The ending of the ban is an example of the slow pace of change that church follows. Change that is often only due to a pressing need. "Don't question, don't change until we have to," seems to be the default position.

This article is a small step, soon after Elder Uchtdorf's talk. It allows people to personally conclude the ban was a mistake. I've also seen it reported in some media channels that the church has disavowed/condemned the ban. They haven't, they've condemned racism. But they also haven't come out and spoken against media channels who have misquoted the article. They don't seem to mind people reaching the conclusion the ban was a mistake. There was, perhaps intentionally, very little in the article that tried to show the ban was ever the right thing to do.

By allowing the general consensus to move, organically and by degrees, to the ban being a mistake it means that when they officially say it was, perhaps coupled with a statement of regret/apology, it won't be the harsh jolt that tips large numbers overboard.

I'm not saying that's ok. Unfortunately the very slow pace of change means that other passengers might prefer to jump ship and swim to a different boat. I feel I'm hanging over the rails at this point. If the church continues changing course I hope I'll be able to hold on. But don't be surprised if there's another cry of "man overboard" in the UK in the not too distant future. As I blogged recently, this might be the issue that finally breaks my grip.
My Blog, Many other hands
Top

The ocean liner analogy is an apposite one. Maybe a nuclear sub, because they're hard to shift!

You could also point to Australian PM Rudd's apology to Aborigines a few years ago, although unfortunately the Aussie government continues to
fail dismally in that area. When interviewed about it by John Pilger,
Rudd admits sorry is not enough but it has to be said. Many aborigines
live without indoor plumbing or air conditioning, in what is one of the
richest and hottest countries in the world. Some Australian farm animals
have better housing. But the Aussie PM admitting this is problem and
apologizing for it is a start. (The LDS and native Americans is another issue again!)

British involvement in the slave trade is indeed a disgusting episode,
and should be disowned by all present day inhabitants of the UK, much as
the majority of younger Germans genuinely regret and disown what their
Nazi era ancestors did. I have always feared finding slave traders in my
ancestry. We cannot be blamed for our ancestors' conduct, but we can
try and undo their negative legacy. The priesthood ban was only lifted in my lifetime, it's not long ago. Blacks are common in our churches, but not our leadership.
DASH1730 "An Area Authority...[was] asked...who...would go to the Telestial kingdom. His answer: "murderers, adulterers and a lot of surprised Mormons!"'
1ST PRES 1978 "[LDS] believe...there is truth in many religions and philosophies...good and great religious leaders... have raised the spiritual, moral, and ethical awareness of their people. When we speak of The [LDS] as the only true church...it is...authorized to administer the ordinances...by Jesus Christ... we do not mean... it is the only teacher of truth."
Top

Another parallel here is the Roman Catholic church, which has apologized for its behavior in WWII.

However, the Vatican has not apologized for various other atrocities, such as the treatment of the peoples of the Americas or the Inquisition.

Still, it is a good start, and I do often wish the LDS would just come out and just say that it was wrong, and apologize for any hurt it has done.
DASH1730 "An Area Authority...[was] asked...who...would go to the Telestial kingdom. His answer: "murderers, adulterers and a lot of surprised Mormons!"'
1ST PRES 1978 "[LDS] believe...there is truth in many religions and philosophies...good and great religious leaders... have raised the spiritual, moral, and ethical awareness of their people. When we speak of The [LDS] as the only true church...it is...authorized to administer the ordinances...by Jesus Christ... we do not mean... it is the only teacher of truth."
Top 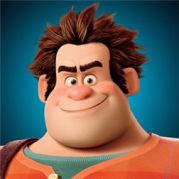 The essay has not yet been translated in other languages. The previous essay, about the first vision, was translated in just two months. Do you think that the Church was afraid of the reaction to the essay in the States, and does not know what to do with the rest of the world? Don't you think that, given its importance, it would have to be translated immediately?

In other languages you can read this (google translation)

Ordination to the priesthood before 1978
In June 1978, President Spencer W. Kimball received a revelation that extended the ordination to the priesthood to all worthy male members of the Church of Jesus Christ of Latter-day Saints who were worthy (Official Declaration 2). Before then, only the male members who were not descendants of black Africa were ordained to the priesthood.
more information
Since Biblical times, the Lord has established through His prophets who could receive the priesthood and other blessings of the gospel. Among the tribes of Israel, for example, only men of the tribe of Levi was given the priesthood and was allowed to officiate in certain ordinances. Similarly, during the earthly ministry of the Savior's blessings were limited to the Jews. Only after the revelation to the Apostle Peter the gospel and the priesthood were extended to others (see Acts 10:1-33, 14:23, 15:6-8).
With the revelation given President Kimball in 1978, the priesthood is now available to all worthy male members regardless of race or ethnicity (see Official Declaration 2). Every candidate for ordination is interviewed by priesthood leaders to ensure that understands and accepts to live according to the principles established by righteousness (see Doctrine and Covenants & C 84:33-44; & C 121:34-46).

If you change the last three letters (spa, deu, fra, ita) with "eng" you'll be redirected to this:
https://www.lds.org/topics/race-and-the ... d?lang=eng

Translation for many things takes time, not just this.

I'm still with MacKay on this. Apology needed from the church. Now.
DASH1730 "An Area Authority...[was] asked...who...would go to the Telestial kingdom. His answer: "murderers, adulterers and a lot of surprised Mormons!"'
1ST PRES 1978 "[LDS] believe...there is truth in many religions and philosophies...good and great religious leaders... have raised the spiritual, moral, and ethical awareness of their people. When we speak of The [LDS] as the only true church...it is...authorized to administer the ordinances...by Jesus Christ... we do not mean... it is the only teacher of truth."
Top

Ralph wrote:The essay has not yet been translated in other languages.
-SNIP-
interesting...

I'm a little worried about the essays to be honest. They were making progress, releasing new essays and (by the sounds of it) translating them.

There's been very little new content in several months. It seems that this happened around the time that Tom Phillips took the church to court (and used some of the new essays as evidence). It would be a shame if fear of negative reaction stopped the progress of these essays. I also noticed that the "revelations in context" church history portal seems to have been neglected for months. That might be because they are now on the Old Testament - but there are still a lot of sections/revelations that lack 'context.'
My Blog, Many other hands
Top

Much of this has been in conjunction with the Joseph Smith Papers Project (which is a massive undertaking all by itself), and there has been a major revision of the adult Sunday School curriculum happening simultaneously. Only so much can be done at once.
I see through my glass, darkly - as I play my saxophone in harmony with the other instruments in God's orchestra. (h/t Elder Joseph Wirthlin)

"For every complex problem there is an answer that is clear, simple, and wrong." H. L. Mencken
Top
Post Reply
99 posts