Public forum for those seeking support for their experience in the LDS Church.
Post Reply
23 posts

Today the missionaries stopped by saying the bishop had asked them to come teach the first few discussions to the family. I was taken off guard and went ahead and made an appointment for them to come over. My wife mentioned that she heard they do this in our stake for all kids who are about to get baptized. But I worry that the bishop talked to them about me and that they're going to be trying to work on me instead of my kid.

My first thought on how to survive this is to simply deflect any questions they ask directly to me and ask them to instead focus on my child. Or maybe I'll just ask my wife to answer instead (we've done that in the past in a few cases). Any other advice or survival tips here?
"Not all those who wander are lost" —Tolkien
Top

My advice, regardless of what happens, be nice.

Sometimes it sucks being a missionary...they're just kids.

Sent from my SCH-I535 using Tapatalk 2
Jesus gave us the gospel, but Satan invented church. It takes serious evil to formalize faith into something tedious and then pile guilt on anyone who doesn't participate enthusiastically. - Robert Kirby
Top

Yup, be nice - and don't assume ulterior motives until they give you reason to do so.

I know lots of areas where leaders want children to be taught the missionary lessons before being baptized. Accept it for what it probably is. Frankly, I think it's a good idea. We all say we want members to understand the basics better, right?

I see through my glass, darkly - as I play my saxophone in harmony with the other instruments in God's orchestra. (h/t Elder Joseph Wirthlin)

My advice, regardless of what happens, be nice.

Sometimes it sucks being a missionary...they're just kids.

I was asked what my goals were as mission leader by a stake leader a few weeks ago. I smiled and said: "It's Christmas. My goal is as many dinner appointments as possible."
My Blog, Many other hands
Top

I guess I've had different experiences.

While I don't think your bishop sent the missionaries to your home to work on you specifically I do think that they see the potential of your child's baptism as a vehicle to reactivate you (or whatever your situation happens to be). Do realize that they have the best of intentions though.

The missionaries will almost certainly involve you in their discussions, that's what they do - try to involve everyone that is sitting in on the discussion by asking them direct questions. I'd be prepared to answer questions that are aimed at getting you to remember the positive things about church. E.g. Daeruin, what blessings has the restored church brought into your life? That alone wouldn't be an indicator that they are aware of your situation and are trying to "work" you, that's just the sort of thing they typically ask of any member in one of their discussions. Be prepared.
Cure sometimes, treat often, comfort always.
— Hippocrates
Top 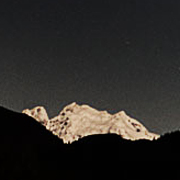 In my recent experiences with the missionaries, I have learned to be nice, be honest and be vague. I have found that if they know I don't have a testimony it sets some real expectations and boundaries. I am vague when it comes to my actual issues as I know they are programmed to resolve concerns and I just don't really want to go down that road with them.

Believe me, I have nothing but sympathy for these kids. I served a mission in a tough area and I know what they're going through. I also think that a lot of missionaries are out there because of social pressure that they convince themselves is actually the spirit pushing them (that might say more about me than about reality

I just want to be prepared, because I don't think well on my feet and I don't want this to make my situation any worse. Like ihhi, I just don't want to go down the road of attempting to resolve concerns, and I don't want to become a project. I also don't want to end up saying anything that will hurt my chances of being able to baptize my son. This should be about him, not me.
"Not all those who wander are lost" —Tolkien
Top

I don't like this whole policy of teaching kids abot to be baptized and probably would have refused the visit. However, you're already past that, so I agree with what others have said - be nice, but remain vague and noncommittal. Depending on my mood, I might excuse myself from the meeting.
In the absence of knowledge or faith there is always hope.

My advice is to learn to be comfortable in your own skin. I don't mean that in any sort of flippant way. Seriously, until you figure out who you are and how you feel, and learn to be OK with it then the specter of fearing what others think and the assumption of evil intent in their actions will hound you without remorse.

While you are figuring yourself out, treat the missionaries the way you hope your soon-to-be-baptized son will be treated if he goes on a mission; with friendliness, appreciation, honesty, and respect... and without hypocrisy, contempt or pity.
- - -
“Everything that irritates us about others can lead us to an understanding of ourselves.” ― Carl Jung
- - -
"Let us therefore no longer pass judgment on one another, but resolve instead never to put a stumbling block or hindrance in the way of another." ― Romans 14:13
- - -
Top

Thanks for the advice, O.O.N.

Does anyone know if the missionary discussions can be found online? I'd love to have a chance to read through it. I know they've changed since I was out in the field.
"Not all those who wander are lost" —Tolkien
Top
Post Reply
23 posts