Public forum for those seeking support for their experience in the LDS Church.
Post Reply
15 posts

Can also confirm that Trek is done outside the Mormon Corridor. Seen it done in GA and in VA/MD/DC areas. I think it just takes adults/leaders in the Stake who want to do it bad enough to make it happen.

What is it? It's Mormon's acting out our mythological pioneer narrative. Lots of groups do this. I think it gives kids a chance to connect to that heritage. The most recent one in GA though, they toned down the prairie dress and bonnet aspect because it was going on while the FLDS were in the news daily (wearing prairie dresses and bonnets).

I am starting to think that people like US are actually the some of the best people to have at these events to express a diversity of types of testimony. Butters, I know you feel like you can't instill a certain type of traditional testimony / indoctrination. But how much more powerful it is to express your own form, which is just as valid, and perhaps even more authentic to the 19th century pioneer spirit! I have great hopes for youth to see that testimonies don't all have to be cookie-cutter copies of all the same cliche' statements.
"It's strange to be here. The mystery never leaves you alone." -John O'Donohue, Anam Cara, speaking of experiencing life.
Top 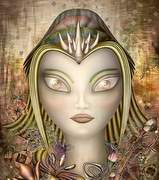 I would love to participate in one of these someday. I grew up in Utah but our stake never did the treks until after I graduated high school. My younger brother and sister went and still remember it as one of their best experiences in YW/YM. I think it would be a good way for teens to connect with the past and feel a part of some sort of heritage.
Top

I do want to do this calling. I really wish that I could be the "Ma" out there on the trail. I talked with my husband and he is pretty against me doing the walking so I think that I will just be the "base camp" person. But at least I get to go.

Thanks Brian. You are right. The youth do need to know that not all testimonies are the standard that you hear in testimony meeting.

It will be fun and I am really looking forward to it.

I may not walk the straight and narrow, but I try to cross it as often as I can.
---J Golden Kimball
Top

I find that when you let go of the idea that all calls are inspired, you gain freedom. Just like when you let go of the idea the Church has to be perfect and the only true organization on the face of the earth to commit to. As a result -- you start having realistic expectations about what it should be capable of doing. I recommend this only for those who are not humming along happily in Stage 3 of Fowler's stages, however.

But if you're doubting and feeling angst over aspects of the Church, thenaccepting that all calls are NOT inspired can be liberating for some people. LIberating because you can say "No" without feeling you're offending God or kicking against the pricks.
"It doesn't have to be about the Church (church) all the time!" -- SD

A man asked Jesus "do all roads lead to you?" Jesus responds,”most roads don’t lead anywhere, but I will travel any road to find you.” Adapted from The Shack, William Young
Top
Post Reply
15 posts