Cadence wrote:I have always been intrigued by NDE's, but like other events they cannot prove the existence of an afterlife. The non believer would say it is just the way the brain works to cope with traumatic situation ...

Like small miracles that happen they seem to be of most benefit to the person who experiences them.

Several accounts of out-of-body experiences and ghost stories involving people I know personally are one of the main reasons that I'll never be an atheist. If I had to depend on the Bible or Church alone to support my faith I don't think I could have done it for this long but these stories gave me a lot more hope beyond basic wishful thinking that spirits can really exist without a physical body.

Personally, I just don't believe that atheist explanations can really account for every experience like this. For example, they will try to claim that this is merely some natural process in the sub-conscious mind similar to a simple dream but this explanation doesn't really match some of the stories I have heard very well.

In cases like this, it looks to me like most skeptics typically just start out with the answer they expect to find and then try to confirm their bias rather than just following the evidence wherever it leads with an open mind. In fact many skeptics don't even take experiences like this seriously enough to even investigate any of them in detail. It's almost like they don't even dare to consider the possibility of spirits because then they'll have to turn in their science card.
"Truth is what works." - William James
Top

I think yours has essentially been my reaction to NDE's. I do know that Susan Blackmore is an in-depth researcher who maintains a reductionist approach. She's a brave woman and a pioneer, but she has not made a lot of progress, from what I can tell. The breadth, depth, and ubiquity of the phenomenon is daunting to say the least. And that's my atheistic assessment.

Now for my believer assessment: NDE's leave me...well...words escape me.
Tom (aka Justin Martyr/Justin Morning/Jacob Marley/Kupord Maizzed)
Higley and Guadalupe
Gilbert, Arizona
----
Sure, any religion would do. But I'm LDS.
"There are no academic issues. Everything is emotional to somebody." Ray Degraw at www.StayLDS.com
Top

Devils Advocate,
I regretfully and sadly totally agree with you. I say that because I have to rely on these experiences, and many experiences coming from others, for my testimony. I can only attribute such a large number and great variety of these experiences, all without logical explanations, to something higher than an atheist view. I hold nothing against anyone that leaves the church, however, I especially understand the people that have been without these spiritual experiences, and have nothing to rely on other than printed words in a book and a pretty interesting story behind those words.
Top

I forgot this thread. I still really enjoy the story I posted several years ago from the book A Thoughtful Faith.

I only wanted to add one more quick comment. Living in Asia, I didn't realize how differently NDEs would be viewed. In watching the final Harry Potter installment last year, (spoiler alert!) when Harry has an NDE in the all white Kings Cross station, people in the theatre here in Singapore were very confused. We have popularized this particular NDE narrative so much in Western culture, that they didn't really have the same exposure to this narrative to make it clear to them how to interpret that scene. People in the bathroom after the movie were saying "I don't understand. Was he dead for the rest of the movie? Was all of this just a dream? What happened?" Our Western NDE narrative is somewhat familiar - a person leaves his/her body, has an enlightening discussion, and can choose whether or not to return to mortal life or to move on toward the great beyond. At least in Singapore, what happens after death is not very positively viewed. People do believe in ghosts who are held in prison by guards. The guards must be bribed, and you can also send gifts to dead relatives who are held captive. There are some parallels to the Mormon idea of "spirit prison" there, although I think we view it more benignly than what I hear in Singapore. People here are often very superstitious and frightened of ghosts.
Top

I believe in them. Betty J. Eadie's Embraced By The Light, her other books, and her iTunes podcast episodes are fantastic.
Top

(I'm typing the first few sentences in a scottish accent)

I had a near death experience years ago when I was just an 11 year old Boy Scout a wee lad more wee than I am now. During me first outing for scouting I hit me noggin on on a beached log just after I fell off a cliff. Me noggin split the log in two pieces so I did some logging with me noggin but the wood would be no good use to me nor you.

(okay back to normal accent)

When I fell off a cliff and landed on the beach with my head smashing a log in two pieces everything went black. I heard one of my fellow scouts scream in a girly voice "He's Dead!"

I laugh at that part now.

As I floated about I noticed that I didn't have any control as to where I floated. I seemed to just roam about high up in the sky like a seagull would do. I began to spin calming in circles counter clockwise. The spinning went faster and faster and FASTER! I spun I found that I went much lower to the ground closer to my body.

All the sudden I saw black. I heard one of the other boys calling my name. I eventually came too. my eyes were full of sand and my head really hurt bad. I eventually got up though.

We walked back to camp my Dad was furiously anger and wanted to know what happened.

I quickly shouted " I FELL DOWN and HIT MY HEAD ON A LOG!"

A local EMT looked at me and did a first aid perception check. He asked me who the president was. He had me count backwards by a certain number sequence. He asked me if I knew what day it was. He asked me if I knew what year it was. I got all of these answers right. With the information I gave them they didn't know that I hit my head falling off a cliff. I passed the test but I don't think I was quite right. I probably should have gone to the hospital but I was not taken there.

I think I wasn't sure if my spiritual experience of seeing my own body, glowing rings or orbs was real or not.

I was okay though I guess.

To be honest I've never felt pain quite the same after that. I've been hit in the head a number of times and got back up like it was nothing.

I never bothered telling the spiritual side of my near death experience until maybe a year or two ago. I guess I was afraid that too many would not believe me. Perhaps I feared that my experience wasn't nearly as real or cool as those who claim to have seen the spirit world or what they felt might have been heaven.

I once told this story to a man who lived a good portion of his life as an Atheist and then became a christian later in life. He told me " You need to decide for yourself if this was a real enough experience for it to be real. Even if it was a dream there is probably a great significance behind the orbs and rings. Perhaps you should ponder about what those orbs and rings mean and what they could represent in your current life."

I've thought of this for a time. I thought that perhaps the rings are incomplete orbs or light. Perhaps the orbs of light represents the rich and fulfilled things in my life. I suppose the rings were things that I had yet to fulfill as I was only in 5th grade at that point in time. Perhaps if I pondered further I could find other conclusions as to what they could mean.

Until then I am still alive and kicking.

Does anyone know why Amazon has copies of "A Thoughtful Faith" selling for hundreds?

I listened to the Mormon Stories John Dehlin/Philip Barlow interview and would be interested in the thoughts of anyone else who has seen it. Thanks.
"Preachers err by trying to talk people into belief; better they reveal the radiance of their own discovery." - Joseph Campbell 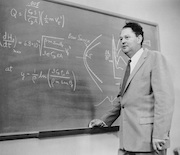 Ann wrote:Does anyone know why Amazon has copies of "A Thoughtful Faith" selling for hundreds?...I listened to the Mormon Stories John Dehlin/Philip Barlow interview and would be interested in the thoughts of anyone else who has seen it. Thanks

Phil Barlow is something of a friend of mine. I think the book may be out of print and Dr. Barlow said something about a reprinting. I haven't seen the interview yet, though I plan to watch it.
Top

Yes, it's out of print. I bought my copy used, but I didn't pay that much.
Top

Bumping this thread because of the current discussion on NDEs.
Top
Post Reply
20 posts