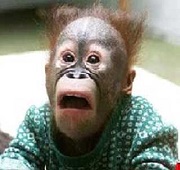 Has anybody else here watched the series, "The Chosen?" The first season has been out for a while, and the second season is in the works. It took me a few episodes to get into it. At first I was kind of turned off by the bad fake accents and mediocre acting of some of the characters. But, once I got a few episodes in, those things were overshadowed by the overall message. It's an interesting take on the life of Christ and the apostles; humanizing them and showing them with personality quirks and flaws, instead of elevating them beyond anything we could hope to become. I really appreciate that it portrays them as being more on our level. If you haven't seen it, it's worth a watch. You can download the "The Chosen" app and watch it there, or you can find it on VidAngel.

***Spoiler alert***
If you don't want to give anything away, I wouldn't recommend clicking the link below:
https://www.youtube.com/watch?v=el7dzoNV3IY
This scene is the final scene from the first season, and my favorite scene of the series so far. Mostly, because my FC initially started with doubts about the temple. So, hearing what was said at the end of this scene was something I needed to hear.
My introduction: viewtopic.php?f=8&t=6139
Top

I had thought there was a tread about The Chosen, but I don't see it. Yes, I started watching it before it was on BYUTV on the recommendation of my SP. I agree, the first couple episodes didn't really draw me in and I mentioned that to the SP who replied "It gets better." It did. One of my favorite scenes is actually n the first episode, and that is Jesus forgiving/healing Mary Magdalene. My favorite character is Nicodemus because he's played as a questioner of his own faith. I also like the way Matthew is played. I also like the clip you posted HC, and there are several little snippets throughout that are like "Hey, did they just say that? Cool."
In the absence of knowledge or faith there is always hope.