Public forum for topics that don't fit into the other categories.
Post Reply
17 posts

I decided today to go and give blood. Unfortunately the woman at the hospital tried to do everything to drive me away. I wiped my nose at one point, and she thought I might be passing on a virus! To cut a long story short, I filled in the forms, but didn't give blood.

I have had a strong "prompting" (if it can be called that) that I should go and give blood. If nothing else it would make up for my dearth of service this last while, and I think it is a good thing to do.

Anyone else had experience of giving blood, and what did you think of the whole thing?
DASH1730 "An Area Authority...[was] asked...who...would go to the Telestial kingdom. His answer: "murderers, adulterers and a lot of surprised Mormons!"'
1ST PRES 1978 "[LDS] believe...there is truth in many religions and philosophies...good and great religious leaders... have raised the spiritual, moral, and ethical awareness of their people. When we speak of The [LDS] as the only true church...it is...authorized to administer the ordinances...by Jesus Christ... we do not mean... it is the only teacher of truth."
Top

I used to donate plasma regularly and have donated blood on many occasions, but I had a very serious blood clot in my late 20s and was told not to donate any more because I am "hyper-coagulable."
Top

Usually, things were fine, but one time when I donated, I passed out. I know they don't let you donate for a while, after you've visited certain countries.

Hawkgirl, I'm curious about your blood clot. I thought I had one too. What happened with yours?
Top

I think donating blood is a good sacrifice. I have not done that in many years. I probably should. I think it would be ok, but there is an interesting story attached to that.

I used to donate plasma a couple times a week when I was in the Army stationed at Ft. Lewis in Washington state. That is even freakier than donating blood. They take the blood out, centrifuge out the plasma, mix the solids with saline and then pump it back into you. It also involves a larger-gauge needle. Me and a couple other buddies would make it a regular "social" event. I had to stop after several months because the spot on both my arms they used started taking too long to close up and heal... I still have scars there as battle wounds RAWR!

It is sort of fun now too 'cause I can tell my kids I literally bled for them to put food on the table and to buy diapers (and make a dramatic face like a martyr of a parent), hehe.

I stopped donating blood after participating in a research experiment at John's Hopkins University. I desperately needed to buy a computer because I was going back to school for accounting (after leaving active duty Army). The experiment was testing the ability of a certain drug to prevent malaria infection, which involved us going into this high-security research lab and being bitten by three specially bred, infected mosquitos. The malaria was also specially bred from strains known to be extremely susceptible to common drugs they had to treat it.

I ended up being one of the random placebo recipients. The good news was I got paid the full amount and was allowed to drop out many weeks earlier than the others. The bad news was that I contracted malaria (which they treated). I have NEVER been so sick in my life. I was basically out of it (nearly unconscious) laying on the couch for three days, alternating between a raging fever and uncontrolled freezing chills.

Anyway, the researchers said we would probably be denied in the future for donating blood. We could explain to the Red Cross (or whoever) that we had malaria at some point in our lives, which is normally an auto-denial due to some strains being impossible to cure (you can have relapses years later) and can be spread through blood transfer. But we could also tell them it was in a special research environment and we should be fine. The strain they used in the experiment is not known for laying dormant in liver tissues, and dies easily to drug treatment. They might allow us to donate and they might not.
"It's strange to be here. The mystery never leaves you alone." -John O'Donohue, Anam Cara, speaking of experiencing life.
Top

I have a medical condition that can cause radical blood pressure drops in certain situations, and giving blood is one of them. I have never given blood, although I wish I could. I think it's a wonderful service.
I see through my glass, darkly - as I play my saxophone in harmony with the other instruments in God's orchestra. (h/t Elder Joseph Wirthlin)

Wow, Brian! What an ordeal you went through! I'm glad you survived fine.

Speaking of blood, I've heard that your blood type influences what foods are best for you, which to avoid & hormonal dominance.
Top

There was a popular diet program for awhile based on your blood type but thankfully it's been replaced. I used to get requests on a regular basis by people to have their blood typed but I'd usually talk them into donating blood because the red cross will let you know what your type is. Back in the 70's when I was an intern and resident in Ogden I'd see older people with their blood type tatooed on their side under their arm. During WWII someone thought is would be a good idea for everyone to have their blood typed in case the war came to the Wasatch Front. It was basically a waste of time and money since if you're hurt your blood has to be retyped anyway. Even with a red cross card it has to be rechecked. In terms of a selfless essentially anonymous public service I think it's at or near the top of the list.
Top 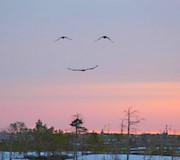 I have been giving blood for years Some time they are nice sometimes they are not. Sometimes I am able to donate and sometimes I'm not. I now give platelets which takes 2 hours or more for me. This can be done every 2 weeks; so I am well known at my local blood bank. I don't give that often. About once in every time I am disqualified for over a year. I had been on a cruse and unknowingly to me entered an area that was on the Do not Visit list most of the times my Iron level is a tenth to low. What happened to you was sad but every day lots of people are turned down. Please try again and I hope you have a better time. The advantages in my area are watching a video with good free air conditioning and a free colosterol screening and a free T-Shirt.
Please try again and I hope you have a better time.
Top

What is the deal with platelets KK? I know what they are, but I don't understand what the difference is in the donation process.

I saw signs saying "donate plasma" and "donate platelets" in the hospital. I know what these things do, but I thought the process was simply just draining blood off the donor every time. Except bone marrow donations, something I'd really not like to do.

p.s. Brian, ouch! You're definitely out then. Half of the questions I had were about malaria, Hepatitis and HIV, the other half more or less about my sexual habits and drugs (legal and illegal).
DASH1730 "An Area Authority...[was] asked...who...would go to the Telestial kingdom. His answer: "murderers, adulterers and a lot of surprised Mormons!"'
1ST PRES 1978 "[LDS] believe...there is truth in many religions and philosophies...good and great religious leaders... have raised the spiritual, moral, and ethical awareness of their people. When we speak of The [LDS] as the only true church...it is...authorized to administer the ordinances...by Jesus Christ... we do not mean... it is the only teacher of truth."
Top

Our bodies replace plasma in a couple of days. I don't know the timing on platelets, but I assume that is also a quick turn around. Red blood cells take several weeks to replenish. So you can only donate whole blood every 6 to 8 weeks or so (I am not an expert, just from my fuzzy memory). You can donate plasma like 2 or 3 times a week.
"It's strange to be here. The mystery never leaves you alone." -John O'Donohue, Anam Cara, speaking of experiencing life.
Top
Post Reply
17 posts