Public forum for topics that don't fit into the other categories.
Post Reply
59 posts

There's not a great deal to report, actually. I am still absolutely loving every minute of it. It has literally been close to two decades since I have actually looked forward to Sundays. One of the other teachers at the jail said that Jesus Christ walks through the halls of the jail. I don't think that anybody who serves there would disagree with that statement. Every week when we leave to go home, I feel so alive, so happy, and so rejuvenated. At the end of our home ward church services, I'd go home feeling empty, discouraged or angry. It's a 180 degree change, that's for sure. I am able to be my authentic self for the first time in years, and no one is looking down on me because of it. It's just so good to feel comfortable in a church setting again and to be able to interact with people who aren't trying to impress you with how righteous they are. The guys we teach are so humble and genuine that you can't help but love them. That's another thing... I always kind of cringe when I hear a Sacrament Meeting speaker, say, "Brothers and Sisters, I just love each and every one of you." I find myself thinking, "Yeah, but would you love me if you actually knew me? Probably not." But the sincerity and warmth the men we teach just warms your heart, and I find myself thinking, "I really love those men!" I guess this calling might not be for everyone, but it's definitely perfect for me. A couple from our home ward just got called to serve a temple mission in Nauvoo. When I heard about it, I couldn't help but almost feel sorry for them. I can't think of anywhere where I'd be much less comfortable or happy. I'll take jail any time.
"The individual has always had to struggle to keep from being overwhelmed by the tribe. If you try it, you will be lonely often, and sometimes frightened. But no price is too high to pay for the privilege of owning yourself." ~Rudyard Kipling ~

Not a great deal to report? I beg to differ. Thank you. I needed that.
Top

Respect.
DASH1730 "An Area Authority...[was] asked...who...would go to the Telestial kingdom. His answer: "murderers, adulterers and a lot of surprised Mormons!"'
1ST PRES 1978 "[LDS] believe...there is truth in many religions and philosophies...good and great religious leaders... have raised the spiritual, moral, and ethical awareness of their people. When we speak of The [LDS] as the only true church...it is...authorized to administer the ordinances...by Jesus Christ... we do not mean... it is the only teacher of truth."
Top

Katzpur wrote: ↑
14 Mar 2019, 10:58
One of the other teachers at the jail said that Jesus Christ walks through the halls of the jail. I don't think that anybody who serves there would disagree with that statement.

I work in juvenile justice (education, and in this state it's a therapeutic model as opposed to a punitive model). I once worked in a prison. I have borne this testimony before. Some of my stronger spiritual feelings have happened behind the gates and razor wire and I have at times been more uplifted there than in SM. I do not for one second believe that there are places the Spirit won't go, and I also believe the Spirit is much like the Savior Himself - that is, it's more likely to be found among the "sinners and publicans" than among the "healthy" who need no physician.

(For the record, not every one believes me.)
In the absence of knowledge or faith there is always hope.

Katzpur: anything new to report? I need a spiritual "shot".
Top

Hey there! Sorry for not getting back to you sooner, but we've been out of the country and haven't been back long.

I can't say there's a great deal of news from the jail, other than that I gave a talk in the branch's Sacrament Meeting (held only for those of us who serve there, and not for the inmates). I decided to lay it all on the line. We still don't know a lot of the couples all that well, but I had a hunch that they might be just a bit more accepting of different perspectives than most of my home ward members. Here are a couple of paragraphs from the beginning of my talk:

"For several years prior to receiving this calling, I’d been really struggling to get up and go to church on Sundays. Please understand that this was not due to any loss of testimony or 'faith crisis'; my testimony of the gospel has never really wavered. It was more just a lack of enthusiasm and a feeling that, much of the time, I was just going through the motions. I was not really being fed spiritually and I didn’t feel as if I were really making any difference in anybody else’s life either. Church activity had become just one more tedious, mundane obligation, and I found that both frustrating and disheartening. In addition, many of my perspectives, opinions and viewpoints have always been just a little left of center, so to speak, and oftentimes I felt as if I didn’t quite belong among my LDS peers. I felt as if I were a square peg, trying to squeeze into a round hole, and even when I was able to, I wasn’t entirely comfortable.

I just mention these things to give you a little bit of a background concerning where I was seven months ago. At any rate, for probably about five months, starting roughly at about this time last year, every night when I said my prayers, I asked my Heavenly Father to find a place for me in the Church, a place where I could once again find joy in the gospel, where I could be authentic without having to worry that I might inadvertently offend someone in the process, and where I would genuinely be able to do some good. Every night, I’d say, 'Father, please! Please, help me find the place where I belong, because right now, I’m just drifting aimlessly and I’m starting to lose hope that things are ever going to change.' He knew, of course, where I belonged, even though I would never have dreamed that that place would be the county jail."

Within all of ten seconds after Sacrament Meeting finished, one man was at my side saying, "That was the best talk I've ever heard anyone here give. I related to every word of it and there is nothing you said I couldn't have said myself -- except that I wouldn't have said it as well as you did." Seconds later, a woman came up and said, "I'm a square peg, too!" We talked about how we've never felt comfortable in our own skins in our home ward. She told me there are some things she feels so strongly about, and yet is afraid to speak out on for fear of being judged. I had several people comment on how what I said really hit home with them. I was seriously amazed to learn the extent that so many people shared my feelings.

It's an awesome place to be. I still never want to be released. More and more all the time, I realize how close I was to becoming completely inactive.
"The individual has always had to struggle to keep from being overwhelmed by the tribe. If you try it, you will be lonely often, and sometimes frightened. But no price is too high to pay for the privilege of owning yourself." ~Rudyard Kipling ~

Thank you. Just what I needed.
Top

Wonderful. Truly a blessing.
I see through my glass, darkly - as I play my saxophone in harmony with the other instruments in God's orchestra. (h/t Elder Joseph Wirthlin)

I am so happy for you! Happier still that you seem to have really connected with others that maybe were afraid to say what you said.
"It is not so much the pain and suffering of life which crushes the individual as it is its meaninglessness and hopelessness." C. A. Elwood 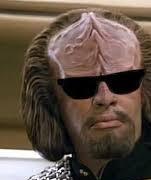 Amen.. This made my day. I just think there are some of us that need a purpose, instead of just existing and going to church. Sometimes, you just want to be more like Jesus and less like the Pharisees (I know, not a very nice thing to say..). Your ministry at the Jail is helping people in a real way, people choose to come and be a part of the service and listen to what you have to say. It is less like many I see in Wards, going through the motions, playing games on their phones or even watching a football game highlights during sacrament meeting (true story!).

Helping people really make the whole religious experience worthwhile. I helped two people this month reignite their enthusiasm. Both were CofC, one was an overwhelmed Pastor who needed a shot of hope and the other was someone who was apprehensive to go back to a congregation that they had negative experiences in. I helped the Pastor start a social media page and I attended church with the other, which is several communities over from my home. Both were appreciative and I felt like I was in the right place at the right time for them.

As the Primary song goes, "I hope they call me on a Mission".. Sounds like both of us are on one. God bless you as you serve others.