You Can't Handle the Truth!

You Can't Handle the Truth!

I bring this up not as a critique or a "gotcha" of past statements. I've said things over the years that I would not agree with now and I believe that views and people change over time. I don't think we should assume people hold the same views they did 20-30 years ago. I think it's interesting to travel back in time and see the mindset of the WWII generation and how much things have changed.

I recently learned that my great grandfather fathered a child in high school and it was kind of a dark family secret no one wanted to talk about. My dad discovered it and there was even good evidence on Family Search that confirmed it. When he brought it up with his aunt (his dad's sister and my great grandfather's daughter, of the WWII generation) she told him that as long as she was alive he was to never mention this terrible lie to her again. She was not interested in whether this was true, to her it was an assault on her father's good name and she wanted to shut it down.

I recently came across this talk by President Nelson from a BYU devotional in 1985, later reprinted in the Ensign. https://www.churchofjesuschrist.org/stu ... e?lang=eng He makes the point that some truths are better left unsaid and condemns historians who dig up dirt on people of high status and esteem (former Church leaders) and says that the motivation is to sell books and bring fame to the historians at the expense of the good name of the esteemed leaders. It's more important to preserve the good name of these people than to come forward with unpleasant truths. I think this was the held view at the time with that generation. The good name and esteem of someone in a position of prominence, like a Church leader, was much more important that coming forward with an unpleasant truth. That attitude painted a rosy picture but also facilitated the covering up of abuse and hiding family secrets like with the example in my family. Today, that view of the truth seems very strange and foreign (to me at least), but I would guess was generally accepted by that generation as the way it should be. This is why there is so much resistance to admitting to unpleasant historical facts that disrupt the traditional narrative. Younger people just want the information and to decide for themselves what it means. I think for these older folks, they are defending the good name of the Church and past leaders and it's very hard to see that information come out into the open.
Top

It is just human nature to reject unplesent truths. Not just church related, but the Mormon's have taken it to the next level.
I blogged about the subject here at Wheat&Tares
Top

If we truly are the true church, and the truth prevails, then why are we afraid of the truth?

Burying the truth only a) creates a rosy, fragile sense of testimony that is easily shattered when people find out the hidden or whitewashed truth and b) casts doubt on whether we have the truth after all -- if we have to hide the truth to remain credible or prevent membership loss.
"It doesn't have to be about the Church (church) all the time!" -- SD 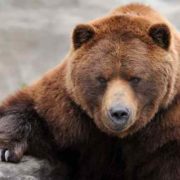 My great great aunt (someone from around the WW2 era) had a son who did something horrific and then committed suicide. From the day that happened she immediately went into denial that she had even had a son. If someone brought him up to her she would immediately deny that she had a son by his name and would act as if she didn't know what they were talking about. I'm no expert on the history of human behavior, but just from observation it does seem to be a more common practice from that generation to shun and deny black sheep, or at least their actions.
"Fix reason firmly in her seat, and call to her tribunal every fact, every opinion. Question with boldness, even the existence of a God; because, if there be one, he must more approve of the homage of reason, than that of blindfolded fear." ~ Thomas Jefferson
Top

Some people would say the truth is subjective, truth is relative to their position and experience. I think Mormons are that way. They can claim something is truth because anecdotally it is confirmed to them, That is why so many people will cling to notions that are just wrong. There are flat earthers, holocaust deniers, and all sorts of strange belief systems not really supported by the truth, or as I Like to say the facts.

The problem I see with this line of thinking is its detrimental effects on future generations. I use an example from my early days. I distinctly remember being tight in Seminary the earth was 6000 years old and there were no dinosaurs. I am old but the 70s were not that long ago that geology had proven the true age of the earth. I had a teacher who clung to a false notion because it was his world view in contradiction of obvious facts. Not a big deal you may say but I bought it as an impressionable teenager. I went on a mission believing it. Then I took a entry level anthropology class in college, then a geology class. It took me the semester to wrap my head around fossils and the age of the earth.

I had to go through that because some seminary teacher could not adjust his world view to fit the obvious facts. To deny imperical evidence in our modern age of science and reason, is a disservice to the generations that come after you. To saddle future generations with ideas that are factually incorrect is intellectually dishonest.

In my world there are things we know, things we have a good idea about, and things we don't know. To take something we know and turn it around to fit a belief system or world view is dishonest.

I can be honest and believe at the same time. I can be honest and say I don't understand this or that, but I will believe to fill in the gaps, and hope for future knowledge. But to believe on basis of altering facts to make you feel more comfortable is not right, and you then advance those beliefs to your children.

It is hard to have a system, or set of beliefs you have followed for some time and change when imperical evidence is laid before you, but it is the right thing to do. If not for yourself, but your children.
Faith, as well intentioned as it may be, must be built on facts, not fiction--faith in fiction is a damnable false hope. Thomas A. Edison

“The good thing about science is that it's true whether or not you believe in it.” Neil deGrasse Tyson
Top
Post Reply
6 posts • Page 1 of 1