Public forum for topics that don't fit into the other categories.
Post Reply
4 posts • Page 1 of 1 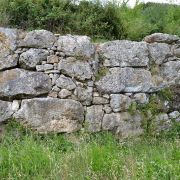 My husband and I are Ward Temple and Family History Consultants.

Our ward is trying to figure out why so few people regularly attend the temple, and are pushing that we could be a bridge by getting people to find their own names and take them to the temple. I’m sure that might excite some people, but that sounds awful to me. I mean, I will help people do that if that’s what they are interested in, but I’m not interested in telling people more of the same and reducing family history to “find as many names as possible and take them to the temple”. Not to mention the fact that with the app and “Ordinances Ready” option, many people could find and take a family name with little to no effort. I realize this is an important part of the church, I’m just glad others are eager to do this part.

I’m thinking along the lines of having a better goal than “do family history and increase temple attendance” would be that “every member of our ward can have a family history experience weekly”. Family History experiences can then include anything that brings you closer to your family past, present, or future. Sharing stories or pictures, telling your kids how they got their names, taking a picture of your kids, learning about a country your family immigrated from, writing in a journal, using FamilySearch or other online sites, indexing, finding a name and taking it to the temple, etc. FamilySearch just put out some new activity ideas that seem like they’d fit perfectly into this.

I’m hoping by using the word “can” instead of “will” that it would be more of an invitation so that those who really aren’t interested won’t feel as much pressure to add something else, but also by broadening the definition of family history maybe more people will realize they’re already doing things that are part of that umbrella, and they aren’t “failing” because they aren’t taking names to the temple every week.

How would you feel if that was your family history goal as a ward? Would you rather have a specific find a name and take it to the temple goal? I love family history, but I love the stories and discovery more than the temple part, and am trying to find a way to be myself while helping others find their place in their own family history.

At this point, I’m pretty sure the ward leadership will go along with whatever I suggest as long as I do it tactfully so they don’t think I’m undermining the temple or something.
Top

I like your focus.
I would also include writing down medical stories, known diagnoses & issues (ex drug reactions) or just "quirks" as part of family history. Knowing what has worked (or hasn't) medicine-wise for my family helped me narrow down some of the prescription choices available to me for specific conditions.
Top

Walls wrote: ↑
14 Mar 2019, 07:42
...How would you feel if that was your family history goal as a ward? Would you rather have a specific find a name and take it to the temple goal? I love family history, but I love the stories and discovery more than the temple part, and am trying to find a way to be myself while helping others find their place in their own family history...

I personally like Family History. It is something I can do on my own, at home & no one looks over my shoulder. No meetings, no metrics & no reporting.
Having said that, I prefer the stories and discovery part of the work. I like computers & programs that help me discover different aspects of the lives of my relatives. I like to tell stories to my family about what I've discovered. (Go to RelativeFinder.org)

Temple work is rewarding but secondary. Don't say that in a F&T meeting.

My vote is: find a name & take it to the temple goal. Maximum twice per year. If you can't do that, go with the youth when they do baptism &
confirmations & just observe & talk to the youth after (one on one). Find out if it was a spiritual experience or not & why. My 2 cents.
Top

This advice is free, so you get what you pay for.

Full disclosure, I am not a huge fan of family history, although I have done quite a bit. I find it tedious and mostly uninteresting and have to be in the mood to do it. That mood hits maybe a couple times a year. And while I have lots done, I have submitted very few names and done very little work. I also don't get much out of the temple and generally can think of many more things I'd rather do - some of which are spiritually based - than drive two hours to the temple, spend a minimum of 2.5 hours there (with changing and all), and drive 2 hours home. And lastly, I am not a fan of wards/stakes/areas setting goals for people (especially me). That's something I actually learned on my mission because my mission president would say all the time "You can't set a goal for someone else." I hammer on it every time it comes up in council meetings and generally have enough support that at least the wording is changed. Our current Area "priorities" are an exception because there is no council, it's completely top down, but I digress.

All of that said, I think you're on the right track and are taking into consideration that some people just aren't interested (for a variety of reasons), already have plenty to do without adding another task, etc. For me even "can" is too strong a word because it implies if I can then I should. I dislike "invite" a little because I have actually experienced leaders using the word as code for "will" and laughing about it, but "invite" seems to be the best choice sometimes. So I would personally be more comfortable with wording like "Families are invited to share family history experiences (those like you describe)" or "Individuals and families are encouraged to increase temple participation." To the latter, if you went once last year (or once in the last two years) going another time this year is going to be an increase. That way you avoid the numbers game and the associated checkboxes, and temple participation could be going along on the youth temple trip (not necessarily going to endowment sessions).

I don't know where you live, but I think from stuff I'm hearing in our stake meetings that this is not just a problem here (it's at least here and where you are). Like the bleeding of Millennials and a third of missionaries coming home early, I think this is an issue the Brethren are aware of and are concerned about. I think some of the recent temple changes are designed to make the temple a better experience for some. It's harder to change FH to make it more appealing, but in all honestly I did almost none until technology started to play a part and it was so much easier to find and enter stuff.
In the absence of knowledge or faith there is always hope.